Skip to content
Advertising Programmatic Everything You Need To Know

Everything you need to know about programmatic industry education: dispelling the myths and misconceptions

It can be hard to keep pace in this fast moving industry, which is where we come in. The Drum has teamed with the Trade Desk for a series of short video primers and accompanying features in print to tell agencies and brands everything they need to know about complex issues. In this instalment, we examine the need to educate the industry when it comes to programmatic.

Few things are shaking up the advertising industry as much as adtech. Yet far from threatening the marketing community and its workforce, advertising technology solutions such as programmatic look set to revolutionise the way we operate.

Previous topics in the Everything You Need to Know series have included the basics of trading, exploring the rise of private marketplaces, why TV and video are increasingly traded programmatically and how to learn more about your audience through optimisation.

But we also need to take a look at why further education and information are needed – and how trade bodies and companies such as the Internet Advertising Bureau (IAB) and the Trade Desk are going about it.

“If two years ago people were asking ‘What is programmatic?’, today they are asking ‘What can it do for me?,” says David Frew, senior programmes manager at the IAB.

It is a sea-change in perception for programmatic; one that shows it is no longer seen (in the UK, at least) as a mere mechanism for the trading of poor quality or remnant ad inventory.

In fact, the IAB says that in 2015 programmatic will account for more than half of the UK digital display market, up from 28 per cent in 2013 and 45 per cent last year.

Yet many myths and misconceptions remain, which is why further education and information is needed if, as the Trade Desk’s UK general manager James Patterson predicts, programmatic is to become the prevailing way of trading all ad space.

As in any fast-growing space, riddled with technological updates and newcomers hoping to disrupt the status-quo, programmatic – what it means and what it encompasses – has had the power to confuse.

The IAB sought to define exactly what it stands for and has issued what it believes is a concrete definition: “Programmatic trading is the use of automated systems and processes to buy and sell inventory,” it says. This includes, but is not limited to, trading that uses real-time bidding auctions.

From here, says Frew, marketers today are looking less at what ‘is’ programmatic, to how they can use it as a tool to transform their communications.

Other considerations are over allaying fears around click fraud and measurement, particularly around mobile.

The IAB launched its first Programmatic Handbook in 2013 and has reissued it twice since. Next year it will rewrite the guide to take account of new innovations and fast-evolving best practice.

The trade body also now has a programmatic council, comprising 21 ‘premium’ members, and runs a series of workshops throughout the year for both publishers and marketers, where peers can exchange fears, failings and learnings.

The uptake of programmatic technologies has been a question of trust, which is why it is now enjoying a period of fast uptake, says Frew. “There are now more case studies looking at how the technologies are being employed and what the results are. People can see successful instances of ROI or other metrics. They can see this is a valid technology.”

Yet unhelpful myths remain. “There is a myth that in this world computers will replace humans, but there is always going to be a need for humans – to curate experience, to apply common sense,” he adds. “The task is to educate people, get them to understand what the technologies are and how best to employ them. We are definitely not quite there yet.”

Patterson, too, sees a multi-speed adoption rate, particularly in agencies. While the trading desks now “absolutely” get the benefits of efficiencies and increased insight that sophisticated programmatic strategies bring, some planners have been less than enthused. It is these individuals that the Trade Desk hopes to target through increased information, education and “evangelism”.

“Advocacy within agencies is so important,” he says. “This is a massive, massive shift in how advertising is traded but it is not an easy switch to flick – and that’s why education is so important.”

The Trade Desk has also produced ‘The Trading Academy’, a 20-hour online programme that aims to teach the basics to anybody in the marketing world.

Patterson says the biggest challenge is dismissing the erroneous ‘man versus machine’ debate and likens the rise of programmatic to that of automation in the financial markets. “Automation simply frees up time to allow planners to be even more targeted and personal,” he adds.

“There is no fight. One simply allows the other to be more productive.”

Everything You Need to Know About Industry Education is the latest in the EYNTK series designed to help viewers quickly get up to speed with some of the most important issues in today’s marketing industry.

The first five episodes of EYNTK are available to view on the dedicated hub.

This article was first published in The Drum's 25 November issue.

Advertising Programmatic Everything You Need To Know 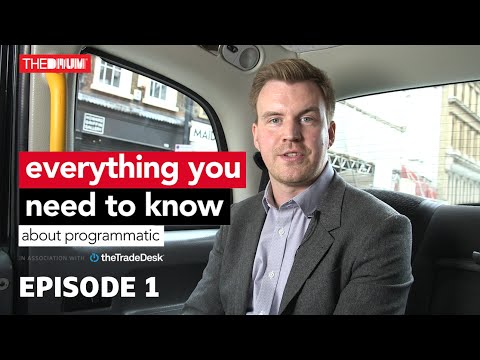 Everything you need to know about: Programmatic

It can be hard to keep pace in this fast moving industry, which is where we come in. The Drum has teamed with the Trade Desk for a series of short video primers and accompanying features in print to tell agencies and brands everything they need to know about complex issues. First up is programmatic trading. 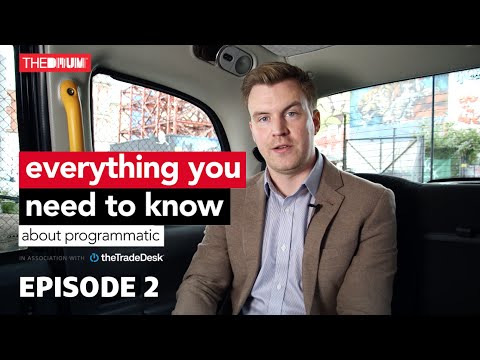 Everything You Need to Know - Episode Two: Programmatic video

The second episode of Everything You Need to Know - About Programmatic examines its impact on video advertising. 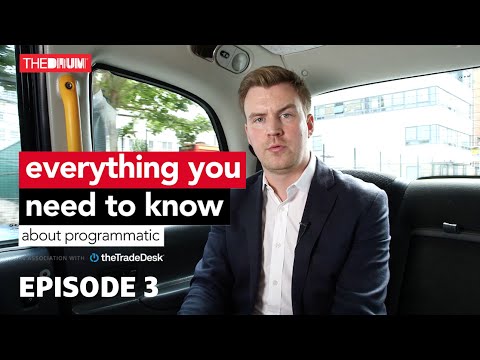 Programmatic Private Marketplaces | Everything You Need to Know

The third episode of Everything You Need to Know - About Programmatic looks at how private marketplaces (PMPs) operate in today’s programmatic world. 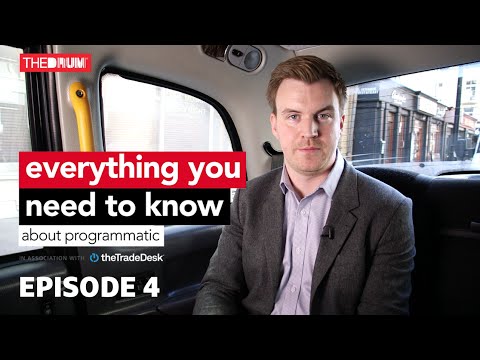 Programmatic Optimisation | Everything You Need to Know

The fourth episode of Everything You Need to Know - About Programmatic examines how programmatic lets brands optimise campaigns for their exact audience. 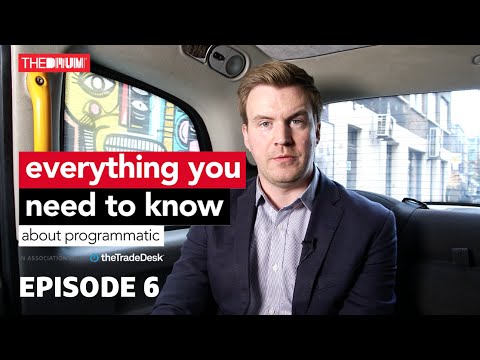 Everything You Need to Know - Episode six: the agency of the future

The sixth and final episode of Everything You Need to Know - About Programmatic, in association with The Trade Desk, explores how programmatic is shaping the agency of the future. 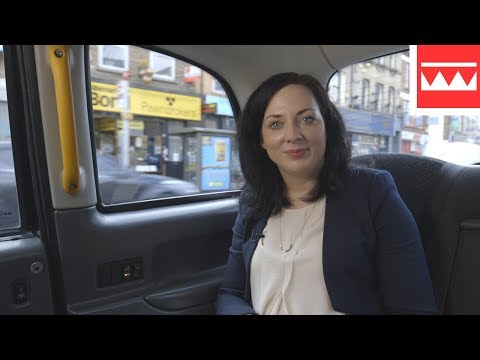 In this episode The Trade Desk’s solutions architect EMEA, Urszula Etheridge explains how marketers can increase user engagement with the use of multichannel technologies, make ads more relevant and achieve customer marketing at scale. 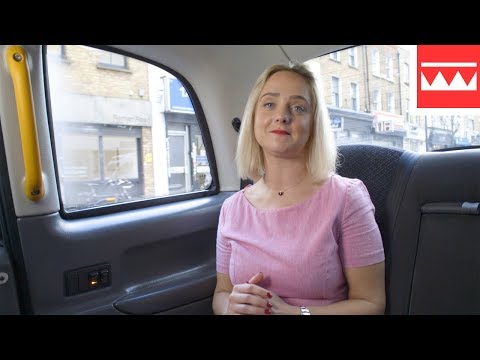 Everything You Need To Know: Programmatic 2.0 Delivering the true value in advertising

Advertisers have access to all the data they need today, to determine the best an efficient way to run their next campaign. According to The Trade Desk’s account director, Anna Murdock, what they need to do first is define which metrics are the correct ones to measure against.