The inevitable march of the chatbots into conversational commerce 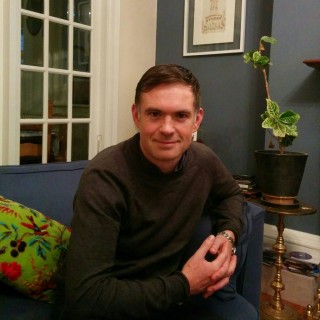 Today I've been invited to attend a Mediacom event at Google HQ in London called Commerce Disrupted. Having spent the best part of 14 years working for the world's biggest retailer, how could I possibly resist?

The speaker list and participants are a tantalising mix of future thinkers from across the retail, digital marketing and technology sectors, including head honchos from Google and MediaCom.

As the conference blurb states, "technology is disrupting the world of commerce and changing what consumers expect and demand from brands. To thrive, your brand needs to change too."

The panel I'm on this afternoon we will be discussing The Rise of Messaging in Transactions & AI in the path to purchase.

Conversational commerce, as it's been coined, is now a thing, and looks like it is here to stay.

The trick of course for brands large and small is to judge how big of a thing it really is, and if they need to change how they do things now, or can they carry on watching from the wings.

As marketeers we've only just grown used to conversational marketing, through the rise in social media.

Coupled with that, many people working inside brands are naturally mid-adopters like me.

Even in my last role as director of marketing innovation, I had to constantly balance the technically possible with the 'Would I Do It' test. A dose of healthy reality in a world becoming ever more virtual by the day.

The problem with being 'normal' rather than a cutting edge visionary is that it's very hard not to be instantly cynical of the next big thing.

Occasionally in the past I've given in to the urge and tried to hitch a ride on the latest fad.

While at Asda, I remember taking a punt that Jelly was going to take the social media world by storm. It didn't.

We jumped in feet first, and were one of the early brands to have a presence on the platform. We wobbled along for a while, but it never really lived up to expectations.

The premise, however, was smart. The next phase of searching for information would be humanised by millions of connected people answering one another's questions.

Rather than relying on Google's algorithm, you would get a personal, curated response from a trusted fellow Jelly user. Maybe if they'd been called Jelly Bots it would have caught on.

So back to today's event. Conversational Commerce is a term invented by Chris Messina, now at Uber.

For those not au fait with the chap in question, his Medium bio states he's the "product guy, inventor of the hashtag, developer experience at @Uber, ex-Googler, and friend to startups." Decent enough resume.

He even says "Say hi to my bot: m.me/MessinaBot", which I duly did for the purposes of my research.

According to chatbotsmagazine.com, Messina defines conversational commerce as: "…utilizing chat, messaging, or other natural language interfaces (i.e. voice) to interact with people, brands, or services and bots that heretofore (until now) have had no real place in the bidirectional, asynchronous messaging context."

"The net result is that you and I will be talking to brands and companies over Facebook Messenger, WhatsApp, Telegram, Slack, and elsewhere before year’s end, and will find it normal."

OK, it's nearly the year end, and as far as I know I haven't had many dealings with brands yet via any of the multiple messaging platforms I use each day (What's App, Slack and Messenger are in constant use on my phone).

To be fair I've had a very brief chat with Slackbot. It was fine, but not overly illuminating.

And I recently assumed I was talking to a bot when moaning about the air-conditioning on a late running Virgin East Coast train via Twitter. But it was probably just an overworked contact centre employee who had lost the will to live.

Hence I'm approaching the panel today with some caution.

That's not to say the opportunity isn't big. A quick scan of the pre-reading list for the event and you can quickly go from cyncic to enthusiastic supporter.

According to Chatbot Magazine, Amazon’s Echo device has been a surprise hit,reaching over 3 million units sold in less than 18 months.

Google announced its own Facebook Messenger competitor called Allo. Alas I'm sure the poor bot will be on the receiving end of plenty of poorly worded French impressions as a result of its name.

And not to be outdone, in last year’s refresh of AppleTV, Apple brought its Siri voice assistant to the center of the UI.

So whether I like it or not, messenger bots and artificial intelligence assisted commerce is coming to a phone near you.

As with virtual reality, artificial intelligence that brands choose to deploy must enhance the customer experience, or risk doing more harm than good.

Or as Messina points out: "conversational services’ll still need to be really good at taking 'garbage in' without spitting garbage out."

Replacing already poor customer service (who likes calling a company these days?) with a clunky 24/7 bot is not necessarily the answer.

But allowing people to converse in the comfort of their messaging platform of choice looks to be a smart move.

Matt French, a visionary friend of mine, argues most customer service is FAQ or script-based already.

But as technology advances in the customer-facing robotic/AI arena many human tasks can be done better by bots.

"Where robots are starting to be seen as concierges and tourist information booths, at this stage it is nothing more than a physical representation of a targeted Google search. But this tech will improve.

"With developments front of house and AI advancing behind the scenes, at some point the human element will be squeezed out of the middle entirely."

As the lines increasingly blur between human and AI, all of us, me included will be less resistant if ultimately we get what we want when we want it, and feel good about the experience.