Amazon’s sellers are becoming sold on its connected TV ads 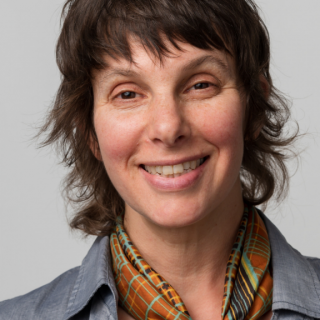 As Amazon boosts its connected TV content, audience and ad inventory, industry experts say its built-in base of brands selling on its platform will help propel growth even more. The allure: all that identifiable shopper data.

Amazon was late to the connected TV advertising game, but it’s catching up fast thanks to the allure of all the customer data the digital behemoth can provide.

Amazon only launched its connected TV advertising offerings in 2019. But experts predict sales of Amazon’s connected TV (CTV) ad inventory – which comes mainly from content viewable via Amazon’s FireTV device and its IMDb TV platform rather than Prime Video – will continue to accelerate.

They point to key factors only Amazon can boast: a ubiquitous shopping platform and an incomparable amount of identifiable data showing what specific people and households watch and buy. These factors are especially compelling to the built-in base of advertisers already selling on Amazon.

“Those selling on Amazon are definitely the ones that have leaned in on their CTV product,” says Will Margaritis, senior VP of eCommerce at IPG’s Reprise Digital, who notes that packaged goods, electronics and direct-to-consumer brands, in particular, are all interested in buying Amazon CTV ads.

For sellers on Amazon that also advertise on TV, Amazon’s CTV ads offer a particularly appealing incentive: the ability to directly tie CTV ads to Amazon interactions and purchases to measure campaign attribution and conversion. “The reason why the brands selling on Amazon are interested in this is to get the additional data back,” says Brad Stockton, vice-president of video innovation at Dentsu Aegis Network. “You can understand, we served somebody an ad on CTV – did they go and purchase a product on Amazon?”

Stockton says last year his clients did a lot of testing of Amazon’s CTV, “making sure they’ve got their pipes figured out”. Now, he says, their spending on the platform is way up. “We’ve definitely seen double-digit percentage growth if not more over the last year.”

Amazon wants to own the advertiser relationship

Where do Amazon CTV ads show up? The first thing that comes to mind for most people when they think about Amazon CTV content is Prime Video. However, CTV ad inventory is not available there other than in some ad-supported live sports content.

Some suggest Amazon’s ability to attract premium content deals boosts its clout among advertisers, even if inventory is not currently available inside that content. For example, Amazon just added access to HBO Max programming for its Fire TV users. AT&T is expected to launch an ad-supported version of HBO Max next year, although it is not known whether Amazon will be able to sell into that inventory.

eMarketer, in May, estimated Amazon’s Fire TV audience was the second-largest among CTV platforms in the US, behind Roku. The research firm pegged Roku’s US users at 84.7 million and Fire TV’s US users at around 71.2 million. Roku, meanwhile, has been selling ad inventory since 2015.

Like everything else in media, the connected TV ad space is fractured and fragmented, with a variety of device and app choices available for consumers and several demand-side platforms (DSP) for advertisers to buy inventory. Amazon sells its CTV inventory directly through its own DSP as well as through other DSP partners.

But Amazon wants to own that relationship with brand advertisers, and so company execs stress the benefits of buying direct such as greater reach and scale inside Amazon content. Joe Pinsky, who heads up Amazon Advertising’s video ad product management team, said in a blog post last week: “When you work with us, we help you to spread your buy optimally across apps so that you can maximize your reach, manage frequency, and experience all the other unique benefits of Fire TV.”

Industry insiders see customer data connections as an important differentiator between Amazon and other CTV players, or video ad suppliers in general. Roku, YouTube, Apple TV and others selling CTV ads do not have historical shopping and purchase data connected to identifiable customer information. Amazon has it in abundance.

Stockton says Amazon’s first-party data prowess goes a long way toward advertiser confidence because they know they’re actually reaching many of the people they’re paying to target. Though other CTV ad sellers can guess at consumer identity through device graph data matching, Amazon knows for sure. As advertisers and digital ad platforms struggle to develop post-cookie identity connections, walled gardens like Amazon are likely to increase their importance for advertisers for that very reason.

“The biggest thing for [advertisers] is just going to be the fidelity of the audience match – the sheer fact that Amazon has such unbelievable first-party data,” says Stockton. When brands want to find their own customers on Amazon, Stockton says the match rates are in the ninetieth percentile, which he says is higher compared to those delivered through targeting systems using device graph technologies.

Risk of the Amazon vortex for marketers

But Amazon’s data strength could be an Achilles’ heel for the company, as well as for marketers, if they become too focused on Amazon measurement data, says Margaritas.

Because the company can offer brands insights into the steps consumers make throughout the sales funnel inside the Amazon environment, it could penalize Amazon from a measurement standpoint if people see ads such as CTV spots in Amazon but then buy elsewhere.

“It’s more data than you’ll see if you’re running something on ABC,” says Margaritas. He says if a consumer buys somewhere else, “Amazon’s metrics don’t reflect that”. So, Margaritas cautions marketers to remember not to focus only on Amazon measurement data when gauging campaign performance.

No matter what, the fact that people are plugged into Amazon – whether they’re asking their Alexa to order trash bags, shopping Amazon on their phone or tucked in on the couch watching ad-supported Amazon IMDb TV content – means advertisers are likely to continue or even increase spending on its inventory, CTV or otherwise.