Navigating the female leadership labyrinth: what it takes to make it to the top 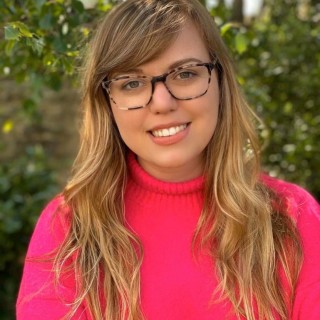 By Allie Lawson | Head of SMB brand and marcomms

For an industry that strives for a more diverse workforce, the shifts in gender equality just aren’t enough – but what are the barriers influencing this ‘leadership labyrinth’? Allie Lawson, head of SMB brand and marcomms at Virgin Media O2, explores the inhibitors and enablers to female executive promotion and reveals the harsh reality of what it takes to make it to the top, as told by the few female chief execs.

Does your company offer a good deal to women wanting to take maternity leave?

You don’t have to open your eyes very wide to see that women continue to face barriers at many levels of an organization. At my last check, a mere 5% of FTSE100 chief executive roles are held by women, and 7% of the FTSE250. There’s less familiarity with the numbers among the mass of middle managers, but one thing is clear – for women, there tends to be a drop off between senior manager and executive level.

I’m surrounded by friends and colleagues who continually stumble upon the same shared challenges – from how long to wait to have kids, to worries about being forgotten or replaced while on maternity leave. I’m also an ambitious female marketer, and a meticulous planner who has dug out the maternity leave policy of the last few companies I’ve worked at before signing the contract, ‘just in case’ plans change.

But as the primary breadwinner, I can’t afford to not think about these things. I wonder whether I would have always thought about them – or had the experiences I’d had over the last 10 years shaped that? I’m talking about the advice I was once given that I should be prepared to take a step down if and when I returned from maternity leave, or the horror stories I’ve heard, such as women being asked in interviews if they plan to have children soon.

One respondent told me: “When I had my son, I still felt I had to hide my pregnancy from my employer as long as possible, as it was felt to be a hindrance to career development.” Another said: “In a previous company it was straight out said to me that it would not be a good time to start a family and to leave my role or the business.”

The first harsh reality I’m going to share is that many women have to seriously weigh up the impact that having a family will have on their career. Many dread having to make the decision, even if you work for a company that has a strong culture of equality, like Virgin Media O2 offers me.

Inhibitors and enablers to rising through the ranks

I once wondered if it was just me that worried about these things, which is why, in the final part of my Executive MBA at Henley Business School, I researched what I soon found out was dubbed the ‘leadership labyrinth’. I did this by talking to 125 middle managers within FTSE100/250 organizations and five of the few female chief execs of household-name UK brands and media organizations.

Sadly, I found several inhibitors to rising through the ranks, regardless of potential:

The good news is, there are some enablers too – so if you know how to play the game, perhaps things can change? Wrong. The second harsh reality is that these enablers are not easy to come by. Not unless you happen to:

It’s the latter two that women in particular stumble on. I found that most women who make it into such senior positions waited until they were at a level in which they could afford a nanny or to be a single income household.

So, in lieu of a sustainable solution, what does that mean for organizations and agencies? Here’s some tips I gathered from my research: