Kevin Chesters: In praise of procurement 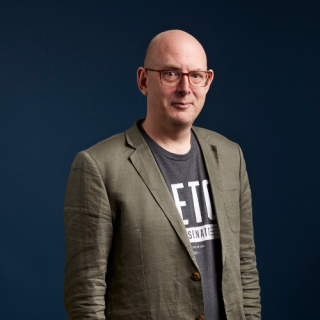 Procurement departments always seem to get a hard time. They seem to have been getting a particularly hard time of late due to that BBH/Audi thing which has been a bit of a PR nightmare from day one. However, for the record, I don’t think that pitch was called out of spite or malevolence - and procurement-led pitches of this type are not unusual with European clients. But that’s not what I want to talk about.

In praise of procurement

Before I start on this possibly controversial (and definitely contrary) point of view, it’s worth saying that I’m fully aware that some procurement people are dead-eyed box-ticking calculator obsessives who wouldn’t know creativity if it came up and bit them on the spreadsheet. I’d also like to take this opportunity to tell them to cut out the 90-120-day payment terms outrage that is unnecessary and grossly unfair to smaller, independent supplier partners. But beyond that, here goes…

Procurement people are the easiest people in our world to have a pop at if you want a bit of quick, lazy popularity. They are a bit like Traffic Wardens or “the Mother-in-Law” for comics; a simple, somewhat obvious, target. Account up for pitch? That’ll be the procurement peeps. Creativity under threat? That’ll be those bean-counters. Agency/client relationship up the swanny? Blame those nasty folks with their spreadsheets. You won’t find anyone having a go at you for having a go at them.

“The problem is that they don’t give a shit about the work”, an ECD once said to me. Now I’d argue that a lot of agencies and clients don’t either (they seem to get a free pass though) but actually this opinion on procurement departments is simply & obviously untrue. It’s not only not true, it is also unhelpful as this somewhat binary view seems to set up a mythical adversarial death-match: Creativity vs. Efficiency, Magic vs. Money.

I happen to think that “procurement” are more often a convenient excuse, rather than a valid reason, for the breakdown in a client/agency relationship or the production of crap work.

My experience as a client at BT was that procurement weren’t a bunch of malevolent Ebenezer’s whose entire modus operandi was to come in every day and work out how to stop you being creative. They were almost exclusively a set of smart, diligent, nice people who just wanted to make sure that the company was getting the best bang for its buck.

I’ve been spending time with a few procurement folks in the last few months. I suspect it’s because we have a different way of doing things at Harbour so they’ve been quite interested to talk to us. These interactions have given me an alternative view, and it might be a slightly paradoxical one, to the received wisdom of the industry. In my recent experience, the people who seem to be looking most for new and different ways to approach things in our sector are procurement people. If you want to see where the innovation is coming from in terms of new models, you’ll find it being driven by procurement and those aligned to them.

Procurement folk seem to be the main ones who are genuinely looking at new, innovative and different ways for clients to engage with agencies – in-housing, collectives, consultancies. It tends to be the procurement folk who are actually driving analysis, investigation and trial of new ways of working (not just talking about it from stages). True it tends to be driven originally by a desire for greater efficiencies compared to the old, flabby, lazy retainer models but the unintended consequence has been client organisations willing to entertain new ways to develop the commercial application of creativity.

Procurement folk seem to want to find new ways because the old ways have been a little bit discredited by an industry that has been far too slow to change in the face of big data, digital targeting and the whole faster/cheaper/better narrative.

Whether it is the work people like Tina Fegent have been doing with The Drum in terms of looking at new and different ways agencies and clients can engage/work together. Whether it is companies like Flock or Murphy Cobb looking at how agencies and clients can find mutually beneficial ways that creativity can be applied to everything within an organisation. Whether it is the procurement departments of lots of the big clients who are looking at innovative ways for agencies to engage – both internally and externally – with their organisations. Whether it is the numerous diligent and intelligent people I have been chatting to from mostly big (but some small) clients, I have noticed that the catalysts for, and drivers of, change seem to be coming from the procurement side.

Procurement, in my recent experience, often seem to be the best allies of agencies from within the client organisation. They are real champions of proving the “great creativity = effectiveness” argument from people like Binet/Field or Mark Ritson (because numbers are their thing.)

Creativity sells. We know this. But we do still need to prove it - “trust me, it’ll make you famous” - won’t cut it in 2019. When we can and do prove it, I have found procurement people are more than willing to buy the argument. What they don’t buy is the old way of charging a fortune for standing armies of people who do things that can be easily done by anyone or brought in-house.

Procurement are not the enemy of creativity. If they are engaged correctly, with an open mind and a willingness to leave behind what we think we know about their role, they can actually be your biggest ally in creating the conditions for making great work.