Laura Jordan Bambach: Broken rice and breaking rules will save the world 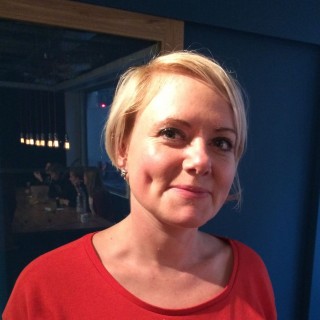 "Remember: The rules, like streets, can only take you to known places. Underneath the grid is a field-it was always there-where to be lost is never wrong, but simply more.

Broken rice and breaking rules will save the world

Sometimes an experience you have washes over you without you even tasting it, and sometimes it changes you forever. It fills your senses and changes your view on the world. My recent long trek from south to north Vietnam has done the latter. An attitude of using everything in front of you and turning everything into an opportunity for entrepreneurship has built a beautiful, generous and increasingly prosperous nation with one of the fastest growing economies in the world. And some incredible global creative work.

Resourcefulness, forgiveness, ground-up creativity and hard work. Everyone has their own industry here, a shop in every front room. As a farmer I met in the Mekong said, when I asked about his incredible belief in creating something from nothing, “I’ve just seen a male papaya having a baby fruit - so I know it’s possible that one day I wake up and I’m a beautiful girl. Anything is possible here.” It’s the Vietnamese way.

You have bombs dropped and ammo fired, turn them into your own weapons to fight back.

You have only ’inedible’ broken rice for your people, turn it into a national dish.

You have a spare room – it’s now a classroom.

You have a recipe, open up a stall.

The transformative power of creativity and ingenuity.

In Ho Chi Minh City alone, a city of 10m people, one million people make their money by selling something on the streets. Industry is booming in Vietnam and they are leapfrogging the Global North in terms of using and reusing everything - turning nothing into a million fantastic somethings. In a country where not long ago it was illegal to have a business, you now can’t move for enterprise. It’s a country whose influence we’re only just beginning to experience.

And at such an exciting time, the opportunity to catch up with an award-winning creative studio that embodies this spirit was too good to miss. Rice Creative, based in Saigon, are arguably one of the best branding studios in the world. I asked them to design a section of my D&AD Annual after I came across their work with Marou Chocolate.

Over broken rice in Saigon, I spoke to one of the founders Chi-An De Leo about the Vietnamese spirit and the ambitions for his business, the creative industry, entrepreneurship, and the country’s future.

You were right at the forefront of branding in Vietnam when you set up - tell us a little about yourself?

"I come from a multi-cultural background, my mother is Vietnamese-French and my father is Italian. I grew up in Asia and spent most of my summers in Europe as a child. I went to school and university in England and spent a decade there before moving back to Vietnam in 2008. I decided to get back in touch with my roots. Although the economy was not quite what it is now, I saw an opportunity to build something back in the motherland."

"Graphic design or branding firms were non-existent a decade ago so I took a job in an advertising agency. After a few years, Josh (co-founder) and I decided to start our own studio, the first in Vietnam. That’s when we founded Rice - in 2011."

I first heard of Rice Creative through your work for Marou Chocolate. Tell us about Marou and how it brings to life the cultural significance of what you do.

"Culturally, I would say we are driven to make lasting impacts, promote sustainable actions and progress society in positive ways through design."

"Marou is a real success story of a brand coming out of Vietnam and hitting the global stage. It’s pretty amazing that someone from San Francisco, London or Tokyo can pick up a bar of Marou Chocolate and experience a piece of Vietnam. We like to think we’re putting Vietnam on the map and changing peoples’ perspective of what Vietnam has to offer."

"We’re known for Marou’s branding work, but I’m especially proud of a collaboration project between Marou and the National Gallery Singapore. Part of the brief was to represent Vietnam through packaging so we sought to wrap the chocolate bars in a traditional Vietnamese art form called Đông Hồ, a print-making art which is nearly 5 centuries old, originating in a small village in the North of Vietnam. We worked with Tam, a 21st-generation artist from one of only two remaining families practicing this art in Vietnam. We were able to showcase this dying craft to an international audience in the National Gallery Singapore, and in doing so we like to think that we had a hand in helping its preservation."

"Vietnam is changing and evolving incredibly fast, I think faster than any nation emerging from a long history of colonization and oppression. Everyone is very optimistic, forward looking and does not dwell in the past. Vietnam is a very forgiving nation. This allows the country to move forward positively and non-begrudgingly. The demographic is very young – there is an entrepreneurial drive which means everyone’s trying new things not afraid to fail. Vietnam is still finding its identity but that’s all part of the process, right now, “anything is possible” and that is very exciting."

"The hope is for Vietnam to establish its identity and be recognized as a place of tremendous culture and talent. As Vietnam emerges, it’s only a matter of time until the country finds its voice, I truly believe the work we’re doing here is contributing to that common goal."

What’s one thing you wished people knew about Vietnam?

"I think there’s a general misconception about Vietnam being a communist country ruled by a 1-party dictatorship. But in reality, it’s a very liberal and capitalist nation. Vietnamese people are some of the happiest in the world. They do not expect much from the government and no one really cares for politics as there’s not much they can do about that. Everyone just works hard, does the best they can with what they have and hopes for success – it’s very optimistic. Vietnam is a truly an exciting place to be. The general perception of Vietnam I believe is skewed – not that Vietnam is alone. Many other countries are also perceived through a distorted lens - let’s disrupt that. I’m very happy to have made the move back to the motherland."

"Vietnam is a country that’s reaching out to the world on their own terms, without paying attention to the conventional rules and structures of business. It’s more vibrant, more unashamedly different and more resourceful than anywhere I’ve ever explored. Creativity is the lifeblood of progress here, and the future looks bright."

Let no one mistake us for the fruit of violence—but that violence, having passed through the fruit, failed to spoil it."

Broken rice and breaking rules will save the world

P.S. Rice Creative are looking for a senior designer to head to Saigon for adventures. Email rice@rice-creative.com