Why everyone in the mobile ad ecosystem should champion app-ads.txt 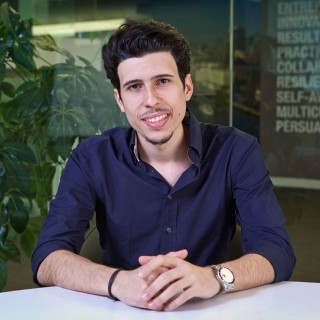 By Sergio Serra | senior product manager of supply and programmatic

Many eagerly awaited IAB Tech Lab’s official release of the first live version of app-ads.txt into the mobile app space. Although the initial adoption numbers over these first few month may not look that promising, all signs point towards the mobile in-app advertising industry adopting app-ads.txt en masse throughout the rest of 2019.

What advertisers think about app-ads.txt

So far, advertisers and their demand-side partners have been strong advocates of app-ads.txt, with many leading players saying they will soon stop buying inventory that doesn’t have an associated app-ads.txt file. In particular, Google, The Trade Desk, Centro and many others have taken an aggressive stance here. This will surely help spark adoption. Certainly, app publishers and developers shouldn’t ignore the actions of from these notable sources.

It’s easy to see why the demand side is ready and eager to get app-ads.txt adoption off the ground. As fraud rates — particularly invalid traffic — remain high, the hope is that app-ads.txt will have the same effect on the mobile in-app ad space that ads.txt had in the desktop/browser world.

According to recent research from DoubleVerify, rates of observed sophisticated invalid traffic (SIVT) doubled last year, with 159% more fraudulent apps in 2018 existing solely to steal ad dollars. By serving as an open and verifiable list of allowed sellers and resellers, app-ads.txt can curtail both.

What publishers think about app-ads.txt

Several obstacles stand in the way of publisher adoption. The three most common issues are:

These are surely all legitimate reservations; however, as the adoption rate increases, they will be proven to be only initial fears, especially when compared to the undeniable upsides.

So, what’s the best way forward? Two things need to happen to improve adoption rates and assuage lingering industry-wide concerns. First, the buy side should continue to stand true to its current stance. By being diligent on how ad dollars will be dispensed, brands and their advertising partners can make sure that app publishers and developers committed to doing the right thing are getting paid accordingly.

And second, the industry should keep coming together to discuss the unresolved issues and make sure the sell side has the support and guidance it needs. The sell side has legitimate concerns, and the ecosystem absolutely needs to make sure open and honest communication occurs.

Those who understand why app-ads.txt is necessary and what it does (and doesn’t) address, should help properly educate everyone else. And, by reviewing app-ads.txt files on a regular basis and immediately flagging problematic players, the ecosystem can ensure that the sell side continues to see ad revenue and that problems are addressed quickly.

App-ads.txt is not a cure for all that ails the mobile in-app advertising space, nor was it ever intended to be a magic bullet. However, it is a critical step forward in the fight against fraud, and its adoption should be heartily championed by everyone in the ecosystem.