What Spotify’s acquisitions mean for marketers 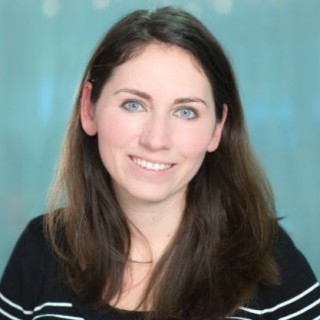 Earlier this year, Spotify made waves in the world of podcasting with a few big announcements. Spotify acquired Gimlet Media, creator of shows like Reply All, Homecoming, and Start Up for reportedly about $230m, three times Gimlet’s previous valuation of $70m. Spotify also acquired Anchor, one of the fastest growing podcast creation and distribution platforms, for an estimated $100m. And, the company announced its third acquisition, Parcast, just last week (on 28 March).

Plus, Spotify founder and chief executive Daniel Ek announced that the company plans to spend an additional $500m on original content in 2019.

Marketers have long known that podcasts are a rapidly maturing channel, but these acquisitions beg the question as to whether we’ve reached the tipping point. Has the time come for an up-level in investment and a shift in strategy? There are two ways for marketers to look at this watershed moment in the format and channel. The first is as audio content creators and the second as advertisers.

From the content creation side, news of Spotify’s deep investment in podcasting is both a promising signal and a slightly intimidating one. Spotify is known for its ability to expand listeners’ habits through intelligent recommendation algorithms — a discovery mechanism that has been painfully absent in the iTunes-dominated world of podcasts. Better discovery tools mean better chances for independent podcasters to gain traction, drive listens, and even get supported for their work through scalable advertising options. That said, Spotify’s investment in original content and the increase in major production dollars going into podcasting overall means more competition from larger, well-funded entrants.

While the acquisition of Gimlet has certainly caught the attention of podcast creators and listeners alike, as a marketer, I’m admittedly more interested in Spotify’s acquisition of Anchor and how it will change the way advertising on podcast works.

The current model of podcast advertising is ready for reinvention

The number of large advertisers on podcasts is limited but growing quickly. Any regular podcast listener will be lovingly/annoyingly familiar with ads for Squarespace, Casper, and Blue Apron. The dominance of these innovative companies on podcasts is due to more than just the fact that they were early adopters. One of the reasons there are so few advertisers is that the process of sponsorship is complicated and time intensive.

This is not ideal.

Compared to the ease of buying most other forms of digital advertising and the insights those other forms have available on audience size, targeting criteria, and results, this antiquated process has kept podcast advertising in the realm of “experimental” at best for most companies.

Why Spotify’s acquisition of Anchor could change this

Spotify’s Daniel Ek says: “Consumers spend roughly the same amount of time on video as they do on audio. Video is about a trillion-dollar market. And the music and radio industry is worth around a hundred billion dollars. I always come back to the same question: Are our eyes really worth 10 times more than our ears? I firmly believe this is not the case.”

Anchor currently lacks many of the powerful audio editing tools that professionals use, but fills a gap in the market by targeting amateur podcasters who want free hosting and simple tools for editing, distribution, and monetization.

When it comes to monetization of podcasts, Anchor offers two pathways to generating revenue for shows: Anchor Sponsorship and Listener Support.

Anchor Sponsorships attempts to simplify the connection between advertisers and podcasters. Sponsors can browse available podcasts and send a message directly to the podcaster who can choose to accept the sponsor. They then record an ad for them, and slot it into their episode.

The big difference between Anchor and almost everyone else is Anchor pays per listen versus paying upfront for a projected number of downloads. Creating standard podcast advertising rates based on actual listens while also investing in the technology to streamline the process is Spotify’s first step in making audio content a more valuable channel for advertisers and more sustainable for creators.

Spotify + Anchor could bring podcast advertising into the modern era

One of the big questions with every acquisition is what do both sides bring to the table. With the Gimlet acquisition, Spotify now owns some of the most popular podcasts and has a network of existing advertisers they can match with these shows. In addition, under the Spotify brand, Gimlet may be able to scale its content production. With Anchor, Spotify owns the fastest growing podcast creation platform that allows for easy ad insertion. Anchor advertising is more automated, measurable, and scalable. Finally, Spotify brings data on the demographics and locations of their users to advertisers, a collection of insights that have been essentially unheard of for podcast advertisers until now.

In short, Spotify couldoffer companies large and small an easier-to-use ad network, with access to a range of shows and price points from emergent to blockbuster and a system for more granular and programmatic spending.

With Spotify’s major investment into podcasting and its existing reach and affinity with audiences, it’s clear we can expect more money to flow into the podcasting space and a bevy of new shows on which to spend it.

But we may also be able to expect a better experience for advertisers on the other side of all that money. If handled right, these changes could mean less friction in purchasing podcast ads, more options for advertisers with small budgets, and better data with which to target and understand the true ROI of an advertiser’s investment.

For advertisers, podcasts have historically been a tempting yet choppy and almost mysterious channel. With the right follow-through, the unification of these three players could bring some welcomed change.

Meghan Keaney Anderson is vice-president of marketing for HubSpot