The power of just one: how simplification may be paying off for one holding group 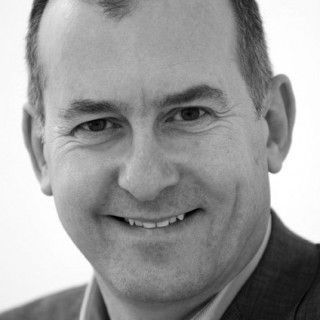 What do you do if your industry is, if not in crisis, facing a period of unprecedented disruption and uncertain growth prospects?

You need to sit down and make a plan. And preferably sit down and make it early. Agency network Publicis last week won acclaim from commentators and investors when it unveiled a wide-ranging strategic plan for the next couple of years.

The group’s execution plan includes targets for up to €1.5bn in bolt-on acquisitions, €450m in cost savings and adding thousands of people to its so-called “technology execution centres” by 2020.

“The future is bringing together data, content and technology in a connected way,” said chairman and CEO Arthur Sadoun in an interview. “Our shift is from being a communications partner to helping clients transform their marketing model to face digital disruption and the threat of new entrants.”

The marcomms industry is under pressure as clients slash marketing budgets and rethink their relationship with external agencies, from whom they are demanding greater transparency and simplicity. ‘Big Data’, once seen as a saviour of the holding groups, is under intense scrutiny following the Facebook and Cambridge Analytica scandals; and over the past couple of years, the effectiveness of programmatic ad placements, which have driven the digital marketing industry has been called into question.

Some clients, including the world’s two biggest advertisers, Proctor & Gamble and Unilever, have started saying that they want more accountability and better value for their money, and are murmuring about taking marketing in-house. And with Google and even troubled Facebook (as well as consultancies like Deloitte and Accenture) threatening to gobble up still more of the agencies’ share of marketing spend, it’s no wonder that the big groups’ shares have taken a battering.

Many shareholders and clients have been arguing in recent years that it’s time for a change, for the old guard to move on. Legends like WPP’s Sir Martin Sorrell, IPG’s Michael Roth and John Wren of Ominicom are still leading their groups. But Publicis went through a generational changing of the guard when Sadoun took over at the helm last June from the charismatic and long-standing Maurice Lévy, and its share price has held up better than those of its rivals.

Back in 2015, while Lévy was still at the helm, and shortly after buying Sapient for an eye-watering $3.7bn in cash, he and Sadoun began restructuring “its business model and its organisational structure to put its clients at the center”, called Power of One.

Power of One was intended to make it easier for clients to access the group’s different services by putting everything under one of four “solution hubs” – advertising, digital, media and healthcare.

Under the new organisational structure clients can have a single profit and loss account across the group. Like its rivals, Publicis has a lot of global blue-chip clients and, since the start of the initiative, it has appointed 35 global client leaders who between them represent one-third of the group’s revenues.

It also flagged €300m to €500m per year between 2018 and 2020 to be invested in organic acquisitions in data and what it calls “dynamic creativity and digital transformation” (these are said to represent 16% of revenue with the group’s top 100 clients, but by 2020 it wants this to be 30%).

Furthermore, it plans to increase by about half its headcount in its “execution and production centres” in India, Colombia, Costa Rica and Mauritius, expanding it from 8,700 to 13,000 – again in just two years’ time.

These are ambitious targets. But as the old song goes, when the going gets tough, the tough get going. Hard times and uncertainty require steely resolve and concerted action.

And in an era that calls for transparency, simplicity and accountability, starting up Power of One three years ago increasingly looks like a canny move. When I’ve spoken with agency clients, some have expressed frustration that when they deal with agencies, they end up talking to huge numbers of people, and often end up schlepping from shop-within-a-shop to shop-within-a-shop.

“If I hire a big global agency, I expect to be able to draw on all the talents and resources within that agency, but to deal with as few people as possible” appears to be a mantra.

I think that’s the need that Publicis is looking to satisfy. And it seems to be working. Yesterday Publicis’ luxury arm 133 scooped the Swarovski account. Insiders say that Power of One played a key part in the win.

The agency aims to build an internal team of experts for Swarovski across its key markets, by pooling together talent from across the network including 133, SapientRazorfish and MSL in Paris and Shanghai.

And earlier in the month it won Campbell’s Soup, with Sapient’s data capacity and Power of One apparently winning admiration from the Campbell’s marketing chiefs. And let’s not forget the Mercedes European account win either. Maybe $3.7bn for Sapient wasn’t so much to pay after all, so some humble pie for me there given my comments on value at the time.

Sadoun is doing something right. And what he’s doing right is something rather simple – he’s putting the needs of clients first. Someone within the group has obviously asked the right question (which is: “Why, in this day and age should someone hire us over our rivals? Or hire an agency at all”?)

Publicis’ move a couple of years ago to bring creative and media back under one roof was exactly what certain clients had been asking for for years. Separate media networks suited the holding groups, and fuelled their growth in the ‘90s and early 2000’s. So while the networks enjoyed fat profits, the clients increasingly felt that they were dealing with an opaque system.

For all the talk about “blowing up silos”, the big groups have got more complex. And while Sir Martin insisted earlier this month that the industry’s troubles were cyclical, many – including some within the all-important client community – have argued that they are structural, and that a bold, brave and new approach is needed. There is clearly going to be a lot of devil in the detail – how does the accounting for one P&L for a client sit with the P&L(s) of the agency business units themselves and how will this next wave of Publicis acquisitions be structured, given the tension between an acquired asset having to deliver for its own ‘earn-out’ as well as doing the right thing for the group. Perhaps the subject for another blog!

But what I like most is that Publicis isn’t just shuffling management chairs around, or merging a few shops, it’s putting resources where its mouth is. Power of One is emblazoned across the Services page of the group website, but I suspect it will be some time before we see ‘horizontality’ in a similar place at WPP (although I would not underestimate Lindsay Pattison who, as chief transformation officer, is charged with driving horizontality across WPP’s top 50 clients so expect a lot more here).

Publicis has been working on a platform called Marcel to connect its employees, which it plans to unveil in June. It will invest €300m – much of it coming from the awards budget, apparently – in hiring, training and development of staff over the next three years.

Sadoun is spending serious money on getting its employees to talk to each other, and to think and act as one. Power of One seems to be not just another vacuous corporate restructuring exercise, rather a genuine attempt to create a new model that will see the whole group face its clients in a very different way going forward.

Tony Walford is a partner at Green Square