Why isn't advertising funny any more? 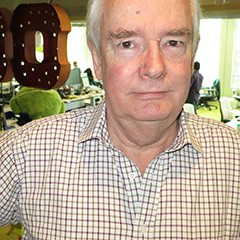 There’s something I noticed at Cannes.

And I’ve noticed it looking through everything recently submitted to Creative Works.

“There are no short cuts to anywhere worth going."

Performance bike brand Specialized have made a film about kids with ADHD.

From the gritmeisters at Goodby Silverstein.

Then there are the brands that want us to cry.

JetBlue getting children to remind their parents that a great holiday can last a lifetime.

In ye olden times of Cannes, the TV Golds would always have five or six of the best jokes of the year.

Even Axe/Lynx has abandoned humour for a new campaign all about defining modern masculinity.

Am I the only one who still yearns for a bit of a chuckle in the ads I encounter?

British advertising used to be the envy of the world because it was funny.

Watch Hamlet's 'Photo Booth' shot by that master of funny, Graham Rose (more on him later).

From across the pond, Alka Seltzer 'Spicy Meatballs'

And perhaps the funniest of them all, Volkswagen's 'Funeral'

Arguably, those brands were sharing just as much then as any brand today in social media.

Laughter, after all, is the audible expression of shared values.

What those brands of yesteryear were sharing was a sense of humour.

And that’s the very basis of all relationships.

In fact, gelotologists think laughter was probably the first form of communication.

(Yes, people who study laughter (a) exist and (b) have their very own name.)

Our earliest ancestors grinned and laughed to show the pack leader they acknowledged his leadership.

A couple of million years later, guffawing at the boss’s jokes is still essential if you want to get on.

Now, the concept of the brand is anthropomorphic.

Meaning, we give them human characteristics.

And of all human characteristics, surely a sense of humour is among the most important?

It’s fundamental to how you choose your partner.

And in some instances, to how you choose your brands.

When you laugh at an ad or a YouTube video, a little dollop of dopamine gets released into the brain.

Not only is it pleasurable, so that subconsciously you look out for the next ad from that advertiser (it’s called brand building), it’s actually good for you.

It also helps the production of antibodies and endorphins to control pain.

Norman Cousins used humour to recover from a heart attack.

He wrote a book about it, The Anatomy of an Illness.

But back to Graham Rose.

He was both a funny man and a gifted director of comedy.

It would give him pleasure, I think, to know that in watching some of his best work you were laughing yourself into better health.

Patrick Collister has joined The Drum as creative contributing editor. You can find him on Twitter at @directnewideas