What impact will Brexit have on UK startups and innovation? 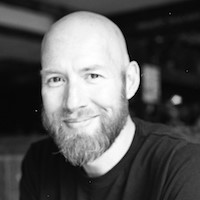 By Marc Curtis | Head of Labs

Yesterday saw the news that 52 per cent of the UK wants to leave Europe. I should probably state from the outset that I was very much one of the 48 per cent who believed we were better in. So what does our departure from the European Union mean for the industry in which I work? Will it change anything?

UK based accelerators will have a smaller pool to recruit from

Anyone who's spent any time getting to know startups and accelerators or who has spent time in some of the many shared workspaces in London (like WeWork and RunwayEast) will tell you that a good proportion of the founders come from different parts of the EU. London is a beacon to Europe's entrepreneurs because of its position as both a financial and business hub for the EU. Our government invests in initiatives to encourage European founders to come to the UK and start their businesses here.

If you're a startup founder, you will naturally want to setup your business in a market that gives you access to the most customers and where the legislation encourages trade between different nations.

Enterprise 'birth rates' are higher in the EU

The countries in Europe with the highest 'birth rates' of new enterprises are Romania, Latvia and Slovakia. The UK comes in at number four. It will be interesting to see how making it more difficult for EU citizens to live and work in the UK will effect the amount of new businesses being created.

Many of the larger accelerator networks (MassChallenge, Microsoft Ventures and TechStars to name three) have a large European footprint. I don't for one minute think that these networks will pull out of the UK, but again if you're a European startup, why would you come to the UK when there's a big network already in place in Europe.

Hang on a minute, didn't James Dyson the poster boy of UK innovation support the Leave campaign saying that Britain is better off alone? Yes he did. He also moved the manufacturing part of his business to Malaysia, so that shows how he feels about his UK based business.

Europe is where the disruptions are going to be coming from

In the past it was easy to laugh at the speed at which Europe embraced the digital age. I remember laughing at French websites while I was busy building cutting edge Macromedia Director apps. Those days are long gone. Largely to compete with China and the far east, Europe sees investment in innovation as a core objective. Shame we won’t be part of that.

Munich and Berlin are hubs of innovation. Portugal, whilst suffering many economic problems, has one of the highest startup survival rates in the whole of Europe (much higher than the UK). France is well positioned to take advantage of its connections with Africa and China. Where will Britain be in during this exciting time of technological experimentation and disruption? It’s OK, that was a rhetorical question.

Remember that most of the big platforms to have changed our lives (Facebook, Twitter, Snapchat) have all come from the US. The same US that told us only a couple of weeks ago that we’ll be going to the back of the queue for future trade agreements. We’ve always been second to the US when big platform advances are rolled out, now we’re going to be second to the rest of Europe.

What will Brexit mean for funding and investment?

In 2014-2015, the UK was the number one destination for foreign direct investment in the EU with the USA, India and France being the largest contributors. Foreign investors who see investment opportunities in UK companies as a gateway to accessing EU markets may be put off by our departure.

The EU funds a variety of initiatives for help businesses start and grow. However there are still ways for post-Brexit startups to access EU funding. Israel and Norway are both part of the Horizon 2020 innovation and funding initiative.

The UK currently is a net contributor to the EU, so it could be argued that once we leave we’ll have more money to spend on our own home grown funding initiatives.

Could Brexit be a boon for UK innovators?

With a greater focus by the UK government to help UK startups, and a renewed effort to create trade deals with the rest of the world, this could be an opportunity for UK startups to look at solving problems for a much wider range of markets.

Our departure from the EU could herald a golden age of internationalism and closer ties to India and China. According to an SBI (State Bank of India) report: "Negotiating with the United Kingdom will be a lot easier when it is outside of the European Union as India might not have to deal with many rules that come with EU membership."

Will the last one to leave please turn off the lights?

Whatever the long-term effects of Brexit are on our economy, the reaction by our innovators and founders may be to start looking to Europe to set up shop. Investment initiatives by the EU, and the chance to trade with a larger single market could make it a no-brainier for our young tech entrepreneurs.

The only problem is, having created European companies, the effort of having to deal with a separate, isolationist UK will be too much for companies who will want to expend their energy on building their businesses not getting to grips with a separate set of legislations and trade agreements.

Marc Curtis is head of labs at TMW Unlimited