Why you should attend conferences by yourself 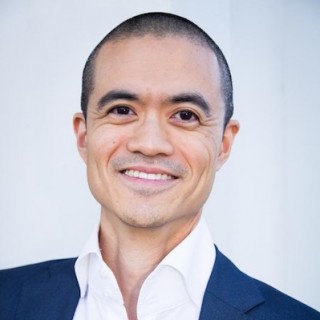 Have you ever sat down at a conference, eager to meet someone sitting next to you in the audience only to find him staring at his phone? Have you ever taken the initiative to walk up and introduce yourself by name to someone only to witness her not share her name back in return, instead nervously glancing around the room, clutching her coffee cup? Have you ever made the effort during a conference lunch to break away from people you already know and instead sit down a group you don’t only to realise they have no interest in speaking with anyone other than their colleagues or friends? Every single one of these things has happened to me in the past month alone. And the list goes on.

/ Photo by The Climate Reality Project on Unsplash

Now, I like to think of myself as a normal, reasonably well accomplished, sociable, “normal” professional with a friendly social demeanour. However, the first time I experienced what I’ll call “social stonewalling” at a networking event, I initially thought the issue might be me. Maybe I was the one being awkward. Maybe I was being too forward. Maybe I was breaking some cultural norm. Maybe I’m uninteresting. Maybe I have bad breath. Who knows. But the more I’ve mentioned these sorts of encounters to others, the more I’ve realised this sort of stonewalling happens to everyone ranging from young professionals to senior level executives.

I felt compelled to write this after feeling quite frustrated with the continuously decreasing amount of effort I’ve noticed people putting into meeting new contacts at conferences. In the past month, I’ve taken time to attend four conferences, mostly marketing industry events in the London area. I see attending good conferences as an important component of my professional development and education. At one conference in London, with over 10,000 marketers in attendance, after nearly six hours of struggling to connect with other attendees, I was excited when someone actually took the initiative to walk up to me and said hello. She opened the conversation with, “Excuse me, do you know if there’s Wi-fi here?” After I gave her the network name, she said, “Great!” with her eyes locked on her phone whilst slowwwwly walked away, head down, fingers busily swiping away.

I sort of get it. Especially amongst marketers, we may feel the need to tweet, retweet, post, and share a play-by-play of our experiences, especially when attending a conference or industry event. I did this myself when attending the amazing Drum Live event earlier this month. In some cases, it may actually be part of your job to do so. However, more and more these days, I can’t help but think of it as a shame when I see people staring down at their phones during the precious few minutes between sessions--one the few opportunities to connect with other live people at the conference whom you may not see again.

I see conferences as serving two primary purposes. First, they provide a chance to learn about the latest trends in the industry. Second, they provide a unique opportunity to meet new professionals and expand your network, one of the most valuable assets you can have as a professional—something I’ve written about in my previous Drum post on keeping your professional network warm. If you’re not doing both of these things, there’s really no point in attending.

Many people complain to me that they feel like their network has stagnated, that they don’t know how to expand their network, that they don’t know where to start. The great news is that I still believe that conferences are a perfect place to build your network. By their nature, conferences attract people with common interests, and with speakers and exhibitions, there’s no shortage of topics that can serve as fodder for conversation starters. I’ve met valuable clients, future employers, and business partners at conferences, but these connections only happened because we both made a mutual effort to engage and converse with one another.

If you truly want to make the most of a conference or networking event, to expand and enrich your network, my recommendation is that you attend alone. Think of it as a networking-hack. And as is the case with any hack, whilst it may not seem like the most obvious way to do something, it can often be the most effective. Because going by yourself forces you to branch out. It forces you to meet new people. It forces you to engage with the people, the environment, and the opportunities that surround you. There’s an incredible power in forging new relationships. If you’re not convinced, here are some thoughts from Lifehack on 10 reasons you should talk to strangers.

Go by yourself. Bring no one with you. Invite no one you know along. And if you do bring or invite someone along, agree that you’ll catch up with each other before or after the event, not during the event.

But what about the fact that networking can feel awkward, that it can feel uncomfortable, that going alone just exacerbates this feeling? I know the feeling myself. By nature, I’m a very strong introvert. Large crowds are not my thing. Do I like being all by myself with no wingman at a large social event? No. Do I find it natural to walk up to a total stranger and introduce myself? No. Do I feel comfortable sitting down with a group of people I don’t know and starting a random conversation? No. Would I prefer to bring a friend, to pretend to be busy emailing a client on my phone, or simply talking to people I already know? Absolutely. However, I also know that some of the most fruitful opportunities and connections can emerge when you decide to engage with instead of ignore the random people you encounter.

This has certainly been true in my own life, both personally and professionally. Some of my most fruitful, enjoyable relationships and partnerships in my own life have emerged from random encounters which would never have turned into anything else had it not been for someone’s initiative to take it one step further. If I had chosen to ignore a professional contact my friend randomly introduced me to, I may not have secured my first brand role in the UK. If I had not made an effort to speak to a stranger in the airport, I may not have met the woman whom I eventually married. If I had chosen not to chat with the friendly guy I saw in the gym every evening, I may not have become good friends with this same guy who would eventually officiate our wedding.

Ultimately, you have a choice to make. You can remain in your comfort zone, talk only to people you already know, and bury yourself in your social media feeds on your phone to avoid actual social discomfort. You could do that. And if you do, I can assure you that your career will always look the same, your professional network will never grow, and your comfort zone will never expand. Or, you can be brave. You can take the initiative to walk up to someone new. You can make the effort to be responsive to that random person who’s brave enough to approach you. You can dare to start a real conversation with someone who’s standing right in front of you.

The next time you’re at an event or conference, be brave. Put your phone away during the networking breaks. Instead, discretely do your tweeting, posting, and texting when you’re quietly seated in the audience during a lull in a speaker’s presentation. Walk up to someone who’s standing by herself and introduce yourself. The people confident enough to stand quietly by themselves are often the most interesting. Sit next to people you’ve never seen before and ask them what they think of the conference so far. Join a random set of people for lunch instead of sitting with your friends or colleagues. You can catch up with them on any other day.

Whatever you do, don’t waste this opportunity. Force yourself to walk up to someone and exchange a handshake. Put yourself out on a limb and create a new connection. Send a follow-up note to the people you found interesting. Some people may shrug you off. Others may be unsociable. And others may think of you as being awkward. But every so often, you might just meet someone who will respond positively and send your career or your life in a whole new direction.

Joseph Liu is a Career & Personal Branding Consultant, Speaker, Associate Certified Coach, and Founder of JOSEPHPLIU.COM, helping professionals relaunch their careers by marketing their personal brands more powerfully. He's also the host of the Career Relaunch Podcast featuring inspiring stories of career change. His work is informed by 10 years of global marketing experience in the US & UK on brands including Glad, Liquid-Plumr, Gü Puds, and Häagen-Dazs, 4 major brand relaunches, and 450+ hours of professional coaching. Joseph has served as a featured speaker at TEDx, MarketingWeek Live, and the Edge Digital Marketing Conference. Follow him on Twitter, Facebook, LinkedIn, YouTube, Google+, and Medium.