How Audi, Ikea and Nike are turning mobile advertising into a service 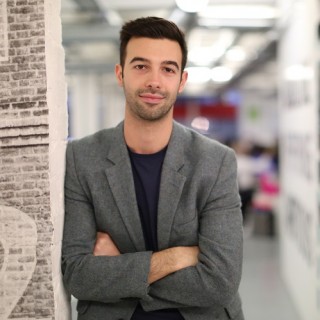 We’re all excited by ever more creative and innovative ways to tell consumers to buy this product or download that app. But if we’re only on a constant quest to find the most inventive route, more often than not, messages get lost, and consumers are left feeling bombarded by unsolicited content. Often, in our mission for that download or sale, we think of the communication in terms of how they serve the brand, not the consumer.

Savvy brands are using the mobile channel to turn advertising into a service rather than an interruption. This type of branded utility ultimately creates a more intimate relationship with the end consumer by offering an additional product or service to make their life easier.

Audi has created the Start Stop app — a simple app which helps users save phone battery. It notifies users when it detects open apps that aren’t actively being used and sends users a notification to close it, making the phone, just like the Audi, more efficient. The app is being used to promote Audi’s stop-start technology, which automatically turns off the car’s engine when it is stopped and restarts it when the driver puts the car back in gear, ultimately making Audi’s more efficient. This strategy is useful for the app users and encourages them to associate Audi with efficiency, rather than simply serving an ad.

One of the most inconvenient aspects of e/mCommerce is the inability to see or try on a physical product before buying; in fact it is one of the strongest barriers to completing online purchases. Ikea is launching a mobile app that harnesses the power of augmented reality and allows consumers to virtually place furniture in their home. The app will allow customers to scan items straight from the printed or digital version of the Autumn 2014 catalogue and have them superimposed 3-dimensionally into any space. It will also allow a 360 degree view using the device sensors so consumers will be able to get a true feel for what that item will look like in their home prior to purchase.

Sign up
The Nike+ training system is truly the holy grail of branded utility. Launched in 2006 the app was originally integrated with a small transmitter device attached to or embedded into a Nike shoe, allowing runners to easily track their running data. The app now includes social features so users can challenge friends or post running routes and progress on social media. However, the most recent version of the app, Nike+ Move, takes advantage of the iPhone 5S’s M7 motion coprocessor, which continuously records movement data from the phone, and turns your iPhone into an accelerometer, allowing a similar experience to the Nike FuelBand.