Social Objects are the future of marketing 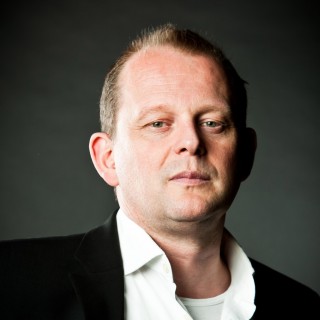 Have you heard of Hugh Macleod? He's written 2 books, his first (released 2009) is called "IGNORE EVERYBODY" its his guide to helping lead a creative life. Hugh's second book is called "EVIL PLANS", it heralds the thought that everyone needs to create that crazy, out-there work and life idea in order to live a fulfilling life. There's more to come but we'll leave the promotion there.

The reason I mention Hugh; when we were both 10 years old we were at School together, formed a bond and are still in fairly irregular contact (we went for lunch in the summer) - he lives in Miami. Hugh is the one I blame for generating an interest in the social digital world for me. You see Hugh was one of the thought leaders that was blogging back in 2000, attending Geek dinners up and down the UK and in at the beginning so knows how to wade through all the "Bullsh*t" that big agencies and new "Experts" are force feeding their clients. I'm not going to be pointing fingers at people like Sir Martin Sorrell and Emma Cookson who are nervous about its influence on their industry but actually commend them for attempting to force their message on their brand friends who can now dislike and unfollow at the drop of a hat. For they amongst many still do not get it.

Maybe you saw that recent documentary on the BBC with Emily Maitlis presenting http://www.bbc.co.uk/iplayer/episode/b017ywty/Mark_Zuckerberg_Inside_Facebook/ Mark Zuckerberg: Inside Facebook, where she quite rightly confronts Elliot Schrage (VP, Public Policy at Facebook) that Facebook is assuming because we "LIKE" a brand that we're happy to be abused as an advertising tool in their "Sponsored Stories" - he fumbled and was frankly inadequate in his response - they should ask our damn opinion first! Anyway - I digress, the point is here that brands need guidance that until they turn their product message into a conversation they're fighting an uphill battle.

I was fortunate enough to be asked on the judging panel of the Social Buzz Awards (and declined the Chairman's spot - thanks for stepping up Paul Fabretti) what was clear to me was the big brands with monster budgets were falling short on engagement which bore true in the Chairman's Award - given to a wee Mexican Restaurant in Edinburgh "Illegal Jacks". Please engage big budget boys = http://gapingvoid.com/so/?utm_source=Gapingvoid+Daily+Cartoon&utm_campaign=2eb2209def-%23453+%22Cartoons+Get+Noticed%22+December+6%2C+2011&utm_medium=email