Sega Football Manager unveils ‘Like A Boss’ campaign with Mox 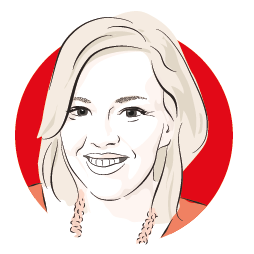 The campaign focuses on bringing the ‘FM feeling’ to life, using in-game moments and recreating them in film. For example, unveiling your wife as your new star player and celebrating average exam results like Paolo Di Canio.

The campaign is targeted at new users of the game, a bullseye audience of 13-24 year old football fans. The campaign is optimized by social content in partnership with Ladbible, and an influencer content series, which takes the campaign to the target audience. A further six films have been created, including a mini Christmas ad, for social channels.

Matt Bolton, creative director at Mox commented: "We set out to push Sports Interactive into unknown territory and prove to them that a truly digital-first campaign will deliver them results. The interchangeable Like A Boss line gave us the flexibility to have a hell of a lot of fun with the creative, partnerships and influencers whilst still having consistent swagger throughout the campaign. It's also been the most enjoyable project I've ever worked on...from the client team, to production with Bullion all the way through to the post at Envy it's fair to say we built a little family here, with everyone invested in the output - something we plan to build with every project at Mox."

Alan Granger, marketing manager at Football Manager said: “From day one, Mox have pushed us to think differently. The strategic framework for the bottom-up approach was exceptional, and their understanding of and passion for youth-culture enabled us to trust them very quickly. The passion, openness and attention to detail from Mox is frightening and the result, we believe, is a campaign that brings Football Manager authentically into the world of our target audience.”