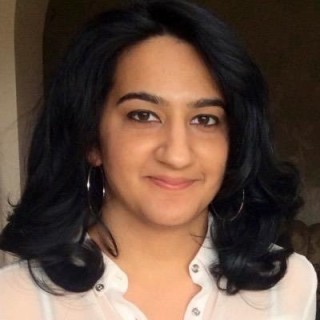 Right now, ‘transparency’ is the predictive text after adtech.

It is the latest and likely the most enduring concern to hit the advertising industry in recent times. Adtech players have been scrambling to take the lead in defining to their benefit what transparency should mean in programmatic advertising.

In recent months a number of header bidding partners have flooded the marketplace - threatening conventional auction dynamics, launching products that promise choice and fairness through first-price auctions, and forming collectives that aim to work towards standardization in auction set-ups.

To make the bidding process more transparent, OpenX, has launched a new product which explicitly offers bidders a first-price auction option for buying programmatic media. Meanwhile AppNexus, PubMatic and Rubicon Project have joined forces to launch Prebid.org, an independent organisation with the aim of improving the performance of header bidding solutions for premium publishers.

Little wonder then that transparency has quickly become the new buzzword.

But what is really meant by the term? It can be argued that the meaning of transparency has been lost in translation. Depending on a key player’s position in the ecosystem, it can mean a variety of things. The Drum, in partnership with leading global advertising technology company Media.net, decided to get to the bottom of this confusion by comparing what transparency means from each of the key players in the market.

What does transparency mean anyway?

It is challenging to be “transparent” in an industry rampant with undisclosed fees, unfair auctions, data leakages, and agencies hiding rebates.

Transparency in fees across the supply chain: The seriousness of how money is channeled throughout the media supply chain and who eventually pockets what was recently brought to light with The Guardian’s dispute with ad tech firm Rubicon after claiming it failed to disclose fees earned from advertisers that appeared on the publisher’s site. An IAB study from 2015 revealed that less than half (45%) of programmatic revenues in the US reached publishers, while adtech firms ate up the rest.

Transparency in opportunity: In a fully transparent world, all parties have an equal opportunity to respond to every bid with no preferential treatment. Marc Pritchard has implored all facets of the industry to “come together, put down finger pointers, and solve these problems.” But cleaning up one’s actions requires full disclosure about their participation in the problem, according to Media.net’s chief operating officer, Namit Merchant.

“Let’s start by acknowledging complicity and the fact that programmatic can never be like the stock market it is often compared to because all of the participants (publishers, DSPs, exchanges, networks, and marketers) do not disclose how they operate in order to take advantage of the spread,” he says.

Transparency in placement and viewability: To make progress with the ad tech opacity problem, every player in the digital ecosystem needs to be speaking the same language. Ad placement and viewability rates need to be clear. For Ben Walmsley, digital commercial director of News UK, this means everyone should be clear about how advertising is measured.

“Transparency to us means that everybody should be graded by the same standard. There needs to be some clarity and consistency that applies to everybody and publishers have an obligation to accept the standards that they have agreed upon,” he says.

Tom Shields, chief strategy officer at AppNexus agrees. For him, transparency means being able to see exactly what is happening with your transactions in the marketplace, “where they go, if they were viewed, and who gets how much of the spend."

Transparency in auction dynamics: According to MediaMath’s SVP of business development, Greg Williams, transparency is about looking at it holistically.

“This means looking at the entire supply chain and includes things like ad quality, load time, and latency that impact the customer experience. Is data represented in the right way? From the buy side, it means understanding auction dynamics, how you bid in those environments and what that looks like,” he explains.

If only it was that simple

But in the complicated programmatic supply chain, it is extremely difficult to be certain whether transparency is being honoured. As Williams notes in the context of fraud “it’s a game of cat and mouse in a system of bad actors that are trying to get around the system.”

Buyers feel plagued by hidden fees because ad exchanges and SSPs can use their undisclosed insights into the gap between winning and clearing the bid to arbitrarily inflate the buy-side fee they charge, on an impression by impression basis. This means potentially rigging the model of second-price auctions.

Moving forward, how can the industry adapt a more transparent model? For Walmsley it’s very simple: “The publisher has to take primary responsibility for investigating the contracts. Practices like soft flooring or dynamic flooring of programmatic pricing need to be understood and couched in a language that the buyer and seller understand, and are happy with.”

Merchant refers to the power of data - data that can fuel programmatic revenue and lead to significant yield optimisation.

“Your adtech partner should not just allow for but foster a practice of openness with data. A partner that gives you visibility into buyer and bidding data and works with you to build upon it can deliver real value. But that is exactly what is missing - enough players that encourage end- to-end transparency.”

Is anyone doing something about it?

Solving these ad tech issues is not going to be easy but there are moves being made in the industry. According to the ANA, more than 60% of agencies have indicated that they are taking actions to address the transparency issue. The Havas Group wants to give its clients a transparent view of a programmatic buy through its Client Trading Solution (CTS), which gives brands full visibility on costs, investments, DSPs, inventory, and more.

Some initiatives are specifically tackling the problem of fraud and domain-spoofing. In an interview with The Drum, The Financial Times’s (FT) global head of programmatic, Jessica Barrett refers to how TrustX, an automated online ad marketplace launched by digital media trade body Digital Content Next, only bills buyers on impressions deemed human and viewable.

IAB’s ads.txt project enables content owners to declare who is authorised to sell their inventory. Facebook is also doing its part to contribute to a more transparent ad marketplace by opening its Audience Network to web publishers in partnership with six major ad-tech players.

Header bidding platforms that are truly transparent can prove their fairness by considering different pricing models so biases are removed. SaaS based CPM models, fixed fees or charging demand partners a flat fee can make everyone successful and move the industry closer to its goal.

Time to speak the same language

Despite positive actions being made towards greater transparency, the industry has still got a long way to go before it rids itself of the “murky at best, fraudulent at worst” image painted by Pritchard. Some brands are taking their media buying in-house to assuage transparency concerns. Automotive advertising business, Auto Trader has capitalised on its dataset by internalising its online media planning with the aim to give itself greater control and a higher level of transparency.

But could other more extreme measures, like government intervention, become necessary? Cyber security firm White Ops, in what it dubbed the Methbot operation, uncovered the biggest case of ad fraud to date, when it found a Russian criminal group taking up to $5 million in ad spend per day by tricking ad exchanges with fake URLs and using bots farms to deliver fake video views. While government intervention may be the last resort, it certainly showcases the sheer scale of the problem.

Merchant believes it is important to “invest in fully transparent platforms” which will not only promote neutrality by ensuring all bidders compete on a level-playing field, but also guarantee that no demand source is given preferential access.

According to Williams, the industry needs to embrace three core principles: enhance the customer experience, understand how much money goes into the supply chain, and build safe and engaging ads.

“We need to look at how to build a new or a better ecosystem in a way that can promote all these things to take programmatic to the next level. So that programmatic is the plan, not just part of the plan,” he says.

But this won’t happen without a forward-looking attitude and all-inclusive goals, adds Merchant.

“Each area in the fragmented economy of programmatic advertising requires a transparency overhaul. Each fragment can make a difference to the existing digital paradigms and help in driving economic value to the edges of the supply chain as well. It’s time we start breaking open the black boxes in adtech,” he concludes.

The Drum has been covering the issue of transparency for a long time. Check out all our coverage here.

Founded by serial internet entrepreneur, Divyank Turakhia, Media.net is a leading global advertising technology company that develops innovative products for both publishers and advertisers. It provides the full spectrum of advertising and traffic monetization solutions to its large, diversified client base worldwide, and has one of the most comprehensive ad tech portfolios in the industry. By market cap, Media.net is one of the Top 5 largest ad tech companies worldwide. By revenue, Media.net is the #2 largest contextual advertising business worldwide.