Entrepreneurialism in the desert - photos from inside a Syrian refugee camp 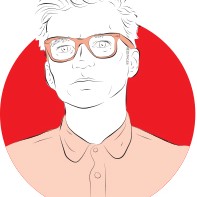 Earlier this year Toufic Beyhum, an advertising creative who has spent the past 18 years working for agencies including Leo Burnett and BBDO in cities such as New York, London, Dubai and Berlin, visited the Syrian refugee camp of Za’atari. Camera in hand, he captured the shops and businesses quickly set up by the refugees, who, despite their desperate circumstances, had called on their trader instincts to make the most of the situation. Here we meet some of the camp’s entrepreneurs.

It’s as busy as Oxford Street, shares its name with Paris’s most famous shopping district, competes with the souks of Marrakech for sound, and with the world’s biggest department stores for selection. Whether you’re in the market for perfume or an iPad, looking to exchange money or get a haircut, you’ll find something on the main drag of Za'atari. Just don’t expect glamour. Or indeed paved roads.

Nicknamed the Champs-Élysées by French aid workers, the mile long ‘high street’ of the Za'atari refugee camp in the dusty Jordan desert plays host to some 700 shops and is testament to the entrepreneurial spirit and trader instincts of the 130,000 Syrian refugees who call the place home.

It is this instinct and spirit that advertising creative and self-taught photographer Toufic Beyhum set out to capture as he visited the camp to meet and photograph some of the refugees. Determined to show another side of a place and people that mean so much to him (it is the land of his late mother and the country in which he was married), Beyhum concentrated not on the devastation caused by civil unrest, but on the Syrians themselves and their determination to get on with life. “I didn’t want to cover another depressing angle on the refugees,” he says. “I wanted a positive spin on it.”

Beyhum describes the Champs-Élysées as “buzzing”. “You can buy nearly everything there,” he says. “You can even rent a wedding dress for £15 a night.”

He tells the story of Kilian Kleinschmidt, “a tough German UNHCR guy who practically runs Za'atari and who is no stranger to refugee camps”. Kleinschmidt confided in Beyhum that he’d never seen anything like it in his life. “He couldn’t believe how fast the Syrian refugees set up shops and businesses and how they just got on with it. Syrians have been traders for centuries so it makes sense.”

Indeed, with the camp’s bourgeoning retail industry bereft of the marketing budgets, big name brands or usual trappings typical of high streets the world over (there are no shop windows for instance), entrepreneurial instincts are more valuable than ever, while certain traditional trades are finding themselves in demand as the camp’s sellers promote their wares with liberal use of colour and graphics.

One such tradesman is Mahmoud, who Beyhum caught up with when documenting the camp. “Before the war Mahmoud was a calligrapher and used to do typography for ads, outdoors and shop signs,” he explains. Carrying on his trade in the camp, “everyone asks him to do their shop signs”, Beyhum tells us. He also goes out of his way to paint flowers on walls to beautify the place. “Za'atari is in the middle of the desert and Syria is quite green, so he wants people to feel at home a little.”

For many though, necessity has led to inventiveness and new career choices. Beyhum recalls a man he met who used to be a policeman in Syria – “now he and his wife run a restaurant that sells falafel”; or the little boy who sells toffee peaches made by his mum – “he sells about three trays a day”.

“The children don’t waste too much time playing, they try to help their parents make a living and make their own pocket money. Rashed, a 14 year-old boy, goes into different towns in Jordan to buy secondhand furniture and brings it back to sell. And I met an 18 year-old who used to be a mechanic back home and now he sells secondhand clothes.”

Beyhum spoke to lots of refugees during his time at the camp and says “some of them are making a very good living,” but every one of them is adamant that they would much rather be back home. Until then, however, they are resolved to making the most of their situation.

“The atmosphere in the afternoon is actually really nice – lots of chatting, laughing. They are building a community.

“You see the teenage boys all groomed and dressed in their clean clothes hanging outside the barber shops or the gaming shop. The old men playing cards, drinking tea and talking politics. Little kids playing and running around. A lot of the women run businesses too – there are three bridal shops run by the women, and there are hair salons…

“These are people getting on with living. We have a lot to learn from them.”

Toufic Beyhum was born in Beirut but escaped with his family in 1982 during the civil war. He was eight years old. The family moved to London where Beyhum went to school before going on to study fine art, design and advertising. He has been an advertising creative for the last 18 years and taught himself photography by observing on shoots he art directed.

This feature is published in The Drum magazine out today (20 August).